We boarded our first Vietnamese sleeper bus from Ho Chi Minh to Nha Trang and it was a lot nicer than we expected…. Although we still only slept for a few hours!

The bus itself was actually really nice. The beds were set over two levels and were similar to aeroplane chairs – they were the same material and reclined almost completely vertical. There was also a little cupboard at the end of the beds to put your small bags and odd bits in whilst your large luggage is stowed below in the boot.

The journey took just over 9 hours and the views were pretty interesting from the bus. We passed whole villages that were completely flooded and watched the home owners move their belongings up their stairs and bail out their shops using buckets. Because of the bad weather, coupled with the fact that we arrived at Nha Trang just after 6am, the town seemed pretty quiet when we got there.

As soon as we were off the bus though, we were hassled by the motorcycle taxis offering their services. When we refused and insisted that we would walk a man tried to grab at my wrist to take my watch! Luckily the strap was fastened pretty securely so the potential thief was unsuccessful!
Due to the early hour we were unable to check into our dorm room immediately so went for a walk around the town to get our bearings. As soon as we’d walked to the beach front, 15 minutes from our hostel, the heavens opened and there were successive massive downpours that lasted just over 10 minutes each time. Each time the rain stopped we ran to the next little street, eventually making our way to the beach.

Vietnamese coffee
At the beach we tried Vietnamese coffee for the first time and it was actually delicious! The coffee drips slowly through a filter at the top of the glass and we followed suit with how the majority of Vietnamese drink it – with half a tea spoon of sugar over ice.

Beach day
Luckily the weather turned out really nice in the late morning so by 11am we’d checked in and made our way back to the beach for a little sunbathing. It was our first time on a beach for over a year so the sand felt amazing as we walked across it!

Leah went in the sea to play around in the waves and I played on the pull up bars in between sunbathing.
Because of the guy trying to steal my watch earlier on we didn’t want to take any valuables to the beach so left our phones, cameras and watches back at the hostel. We only brought a beach towel and a little bit of cash with us (plus an orange our lovely hostel guy gave me after insisting that we try some persimmons this morning). 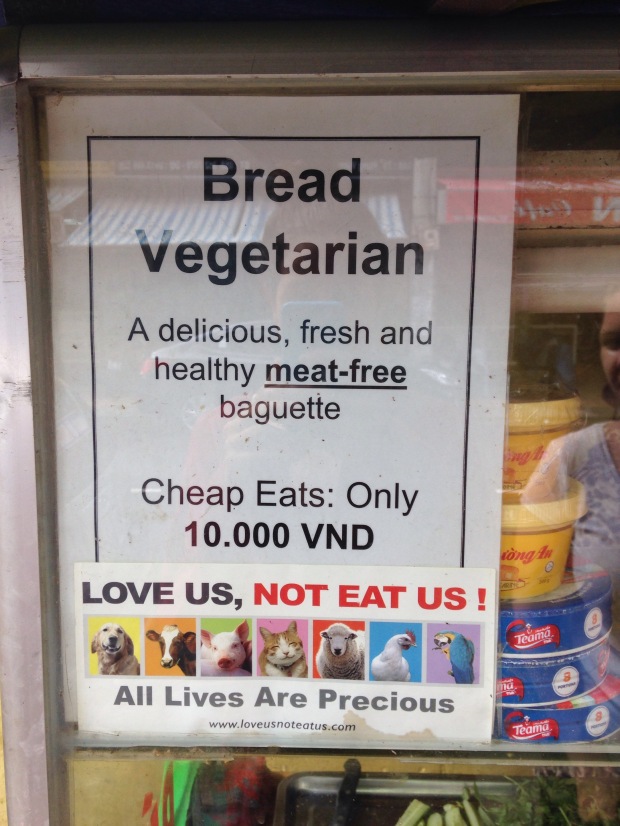 Most of the restaurants serve Vietnamese as well as western food so I got vegetables and rice whilst leah tried the papaya salad.

Sunset beach stroll
After a very late lunch we walked along the beach during sunset and watched the bats flying above us.

Running in Nha Trang
I noticed a few starva segments near by so set off for a run along the beach in the evening. We were planning on heading out for dinner soon and then meeting some guys from our hostel in a near by bar for drinks so I only went out for a quick 5km run.
I love running at night because it makes me feel really disorientated. I get distracted by all of the pretty lights on the buildings and actually ended up running the first few kilometres quicker than expected and even managed to get a mile pb on strava!

Nha Trang night life
Leah and I went for dinner in a really cute restaurant near the beach. The food was delicious- I had the vegetable curry again but this time it was made with coconut water rather than milk. We also sampled some dalat wine – made in the nearby region. The red wine tastes a bit bland but was very easy to drink whilst the white wine was a bit too sweet for mine and Leah’s taste.

After dinner we got a little lost trying to find the bar to meet the boys. We arranged to meet at the ‘why not bar’ and as we knew that we passed it earlier in the day we said to the boys that we didn’t need directions…. After 90minutes of walking up and down the beach, me convinced it was at one end with leah convinced it was at the other, we finally made it (it was a 5 minute walk from our hostel!)
After spending a few hours in the bar we made our way to one of the clubs along the beach front. It was almost empty when we got there at around midnight so it was a little underwhelming. The music was good and the guys from our hostel were really funny so we stayed for a few hours before walking home.

Hostage in the hostel
Our second day in Nha Trang we were held hostage by the rain- it literally would not stop falling for hours on end! There’s not much to do in Nha Trang besides from the beach so we were pretty bored by the time it got to 11am.
After having a much needed comfort food breakfast – beans on toasts makes all rainy days better- we planned the rest of our Vietnam trip in a little cafe opposite the hostel. We’re tight for time travelling Vietnam in 3 weeks so decided that it would be better to sack off our second night at the hostel and jump on another night bus- this time to Hoi An (a town where there would be indoor activities to do).
We bought our bus tickets, wandered around the town in the rain a little more and bought some travel snacks. We also tried some mysterious looking fruit (custard Apple) – it was a little like jackfruit, sweet and creamy!

Second night bus – to Hoi An
Our second night bus was a lot more basic than our first but we slept for almost the entirety of the journey (7pm to 6am). Hopefully this means that we’ll be able to sleep like that on many of the night buses that we have to come!