We spent three days in the old town of Pingyao over the national holiday period celebrating the end of World War Two.

The sites of Pingyao

Although there are a few big sites in Pingyao, the streets and market stalls draw the most appeal. The streets are a little confusing to navigate once you leave the main tourist area but the buildings have lots of character and appear to have been untouched for the past few decades. We kept accidentally stumbling into people’s courtyards on our hunt for the various museums and temples dotted around the town.

We bought a 3day site seeing pass which enabled us to access all eighteen of the ‘landmark’ sites including walking along the city wall. The sites are dotted throughout the town so we bought a map off of a vendor outside of the ticket office to help us find them. The map wasn’t very good. We ended up walking around in circles for most of the days looking for streets without names and entrance signs to buildings without anything to signify that they were ‘sites’.

Although we spent a lot of time getting lost, taking the wrong turnings enabled us to see the real Pingyao, away from the tourist traps and large crowds blocking up the streets.
We did manage to find a few of the sites over the three days though. The first one we found was the Confucius temple. 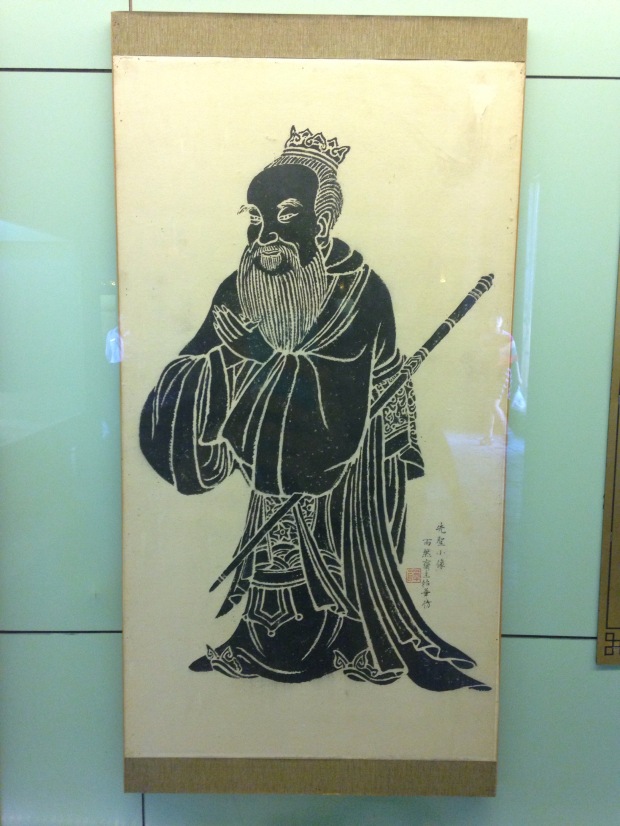 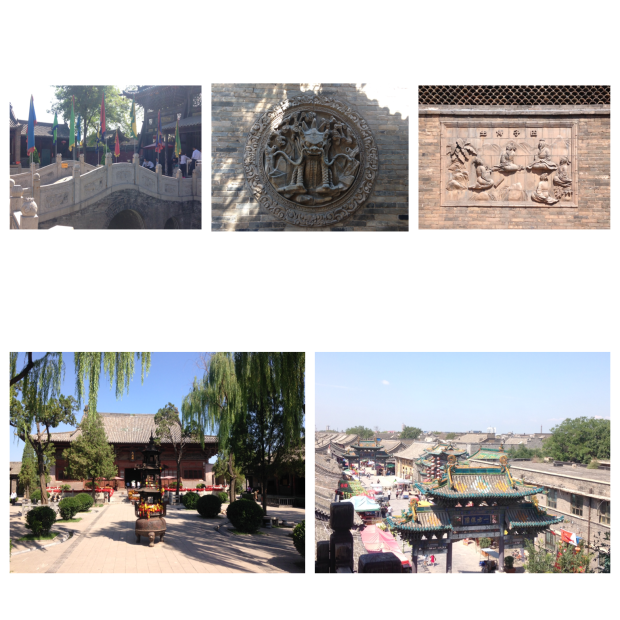 We also visited the city of God temple as well as the Catholic Church to ensure we were getting a full range of religious elements on our trip. It’s strange comparing the sites in China to those in Europe. In Europe you’re inundated with churches and cathedrals which usually have lots of money being spent on them, in China there are an abundance of temples whilst the few churches are almost decrepit! 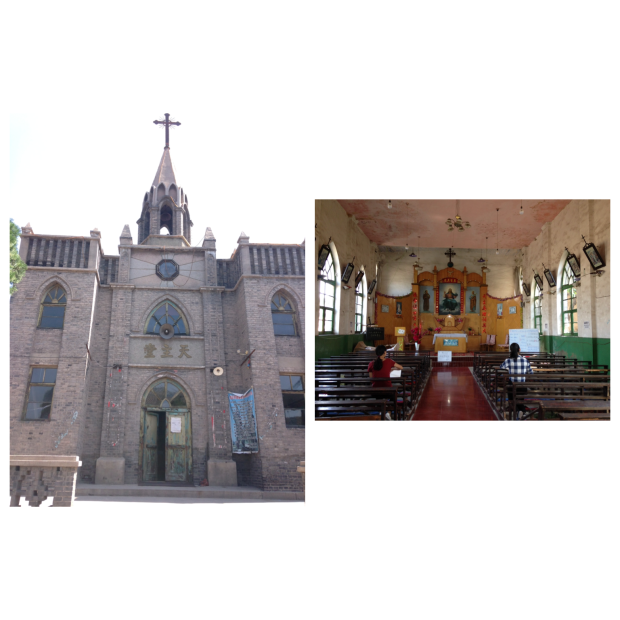 One of the main tourist activities of the area are the tunnels of the underground castle, 45 minutes drive from the city of Pingyao itself. We’d been warned that the tunnels are really easy to get lost in so it was necessary to have a tour guide.
Luckily when we got out of the taxi in the morning, a spanish family were enquiring about an English speaking tour guide so we were able to split the cost between 5 of us, rather than Leah and I having a (more expensive) private tour.
The guide was really sweet and loved the fact that she was able to practise her English. She told us interesting anecdotes about the buildings and sites we were looking at above the ground, as well as leading us through the maze of tunnels below the ground. 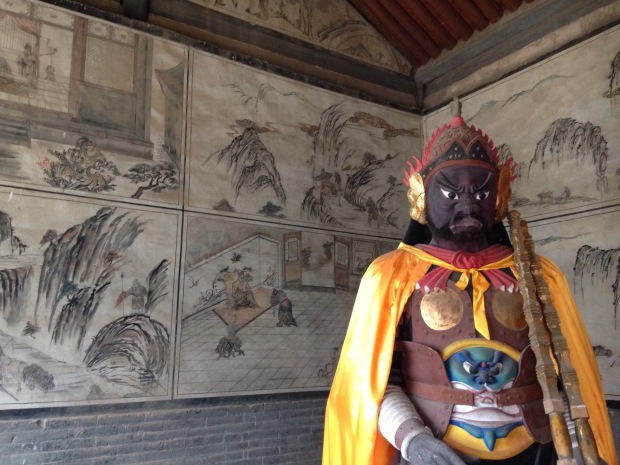 Only a small part of the tunnel system is open for tourists to visit but it showed the conditions people would have lived/ worked in when they were in use. It’s set out over three levels and from the bottom level you are able to see traps set up on the top level to catch invading armies which was really interesting! 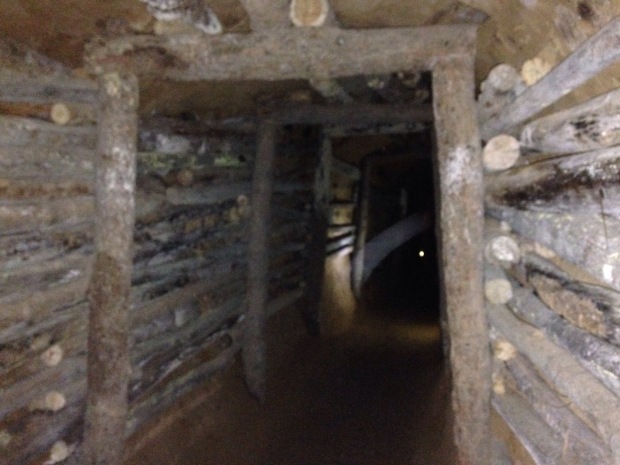 Western food
We ate our first western meal whilst in Pingyao from a restaurant called Sakura. After eating nothing but Chinese food for almost 7 weeks, food poisoning, and a really disappointing meal of noodles when we arrived at Pingyao (they were grim) we tried out a ‘western restaurant’ full of both western and Chinese customers. 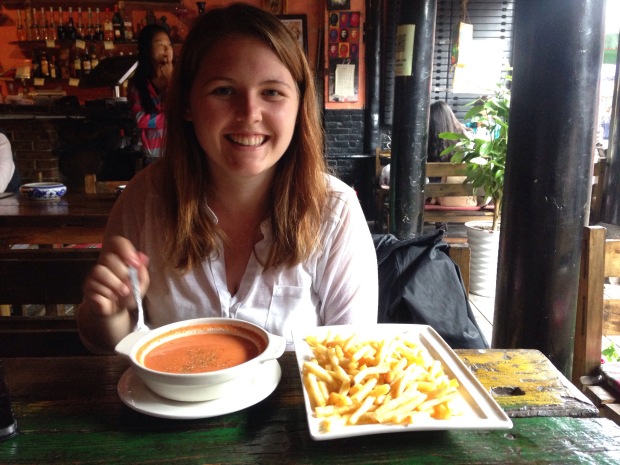 One day we had tomato soup with toast for lunch. It was so good Leah went back the next day and ordered it again! We then had pizza (mine cheeseless) and beer for dinner… 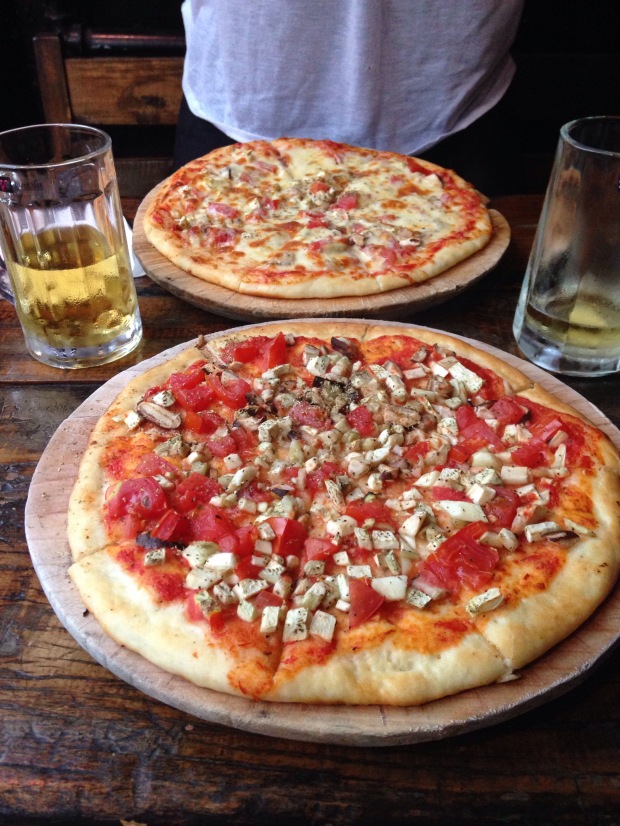 Chinese food is good but we were craving different flavours and textures that the western restaurant provided. The place was constantly really busy. It had live music acts in the evenings so we went there for a drink and to play cards both evenings. The staff were really friendly too.
There are also a lot of street food stalls in Pingyao so we tried some of the local dishes. One we kept noticing being sold a lot was the ‘moon cake’ – a pastry case filled with nuts and dried fruits, as well as battered walnuts and ginger spiced sweets.

Cupping
Another local thing I wanted to try whilst in China was cupping. A few friends had mentioned to me about it back in the UK and I’ve seen lots of places advertising it whilst in China so I gave it a try. It’s meant to stimulate your muscles and blood flow to aid recovery…
It was a very surreal situation. Leah had gone back to the hotel room to get our journals so I went to the massage parlour on my own. It had been raining and I was in flip flops so once I explained that I wanted my quads and hamstrings cupped, my feet were washed, I whipped off my leggings and jumped up onto the bed (which was directly in front of the shop window so everyone walking by could see me…). 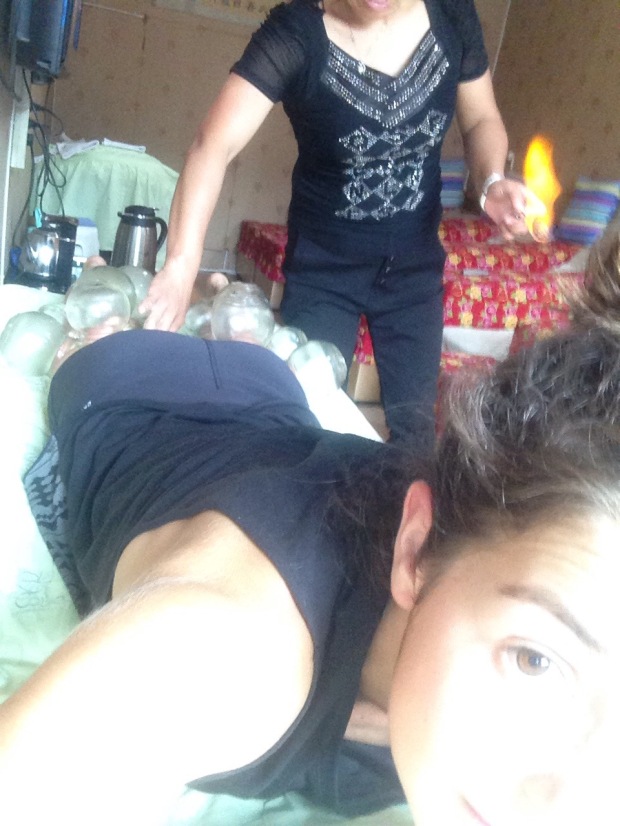 A flame was then put into a glass jar to create a vacuum effect for when the jar is placed onto the skin. It was really odd seeing my skin being sucked by the jars for the ten minutes or so that I had them on. 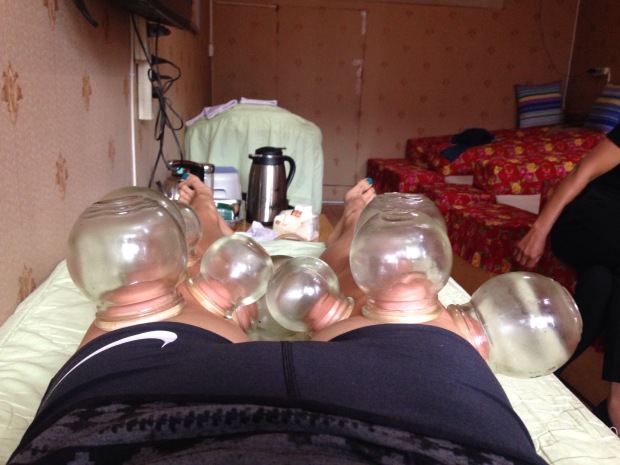 We’d seen people walking around with large purple circles on their back and head from cupping (a bit like a love bite) so I hoped that I wouldn’t end up with the pokadot bruises all over my legs! 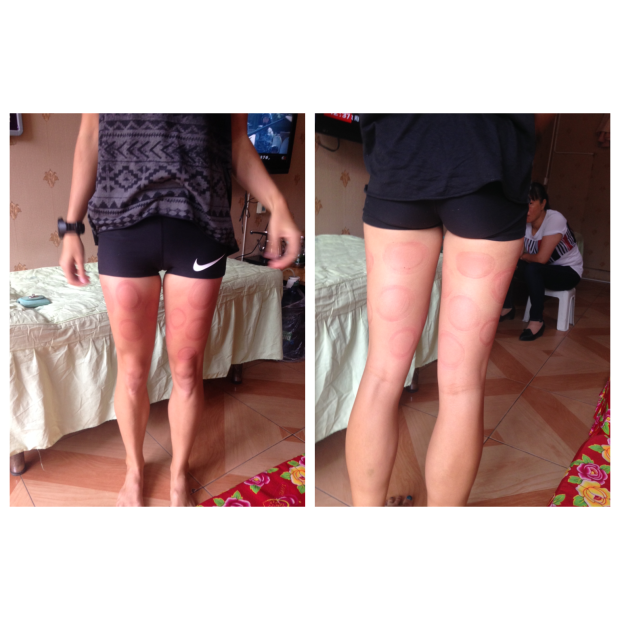 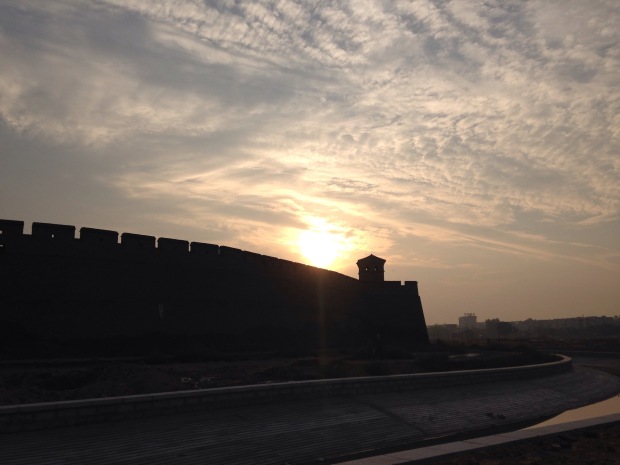 The circumference is just over 6km so I wanted to ease myself back into my fitness after having food poisoning a few days ago. I faced two challenges that I wasn’t expecting; the altitude and dogs.
I was struggling a bit fitness wise within the first few kilometres but blamed it on the food poisoning. Only when I got back to my room and synced my run on strava did I realise that Pingyao is over 1000m above sea level!
The second challenge was to not be bitten by the vast number of wild dogs in the area. They literally ran around in packs, I even had to jump over a wall to get away from one!
I’d been told that there are lots of stray dogs in China but this is the first place that I’ve really noticed them en-masse…